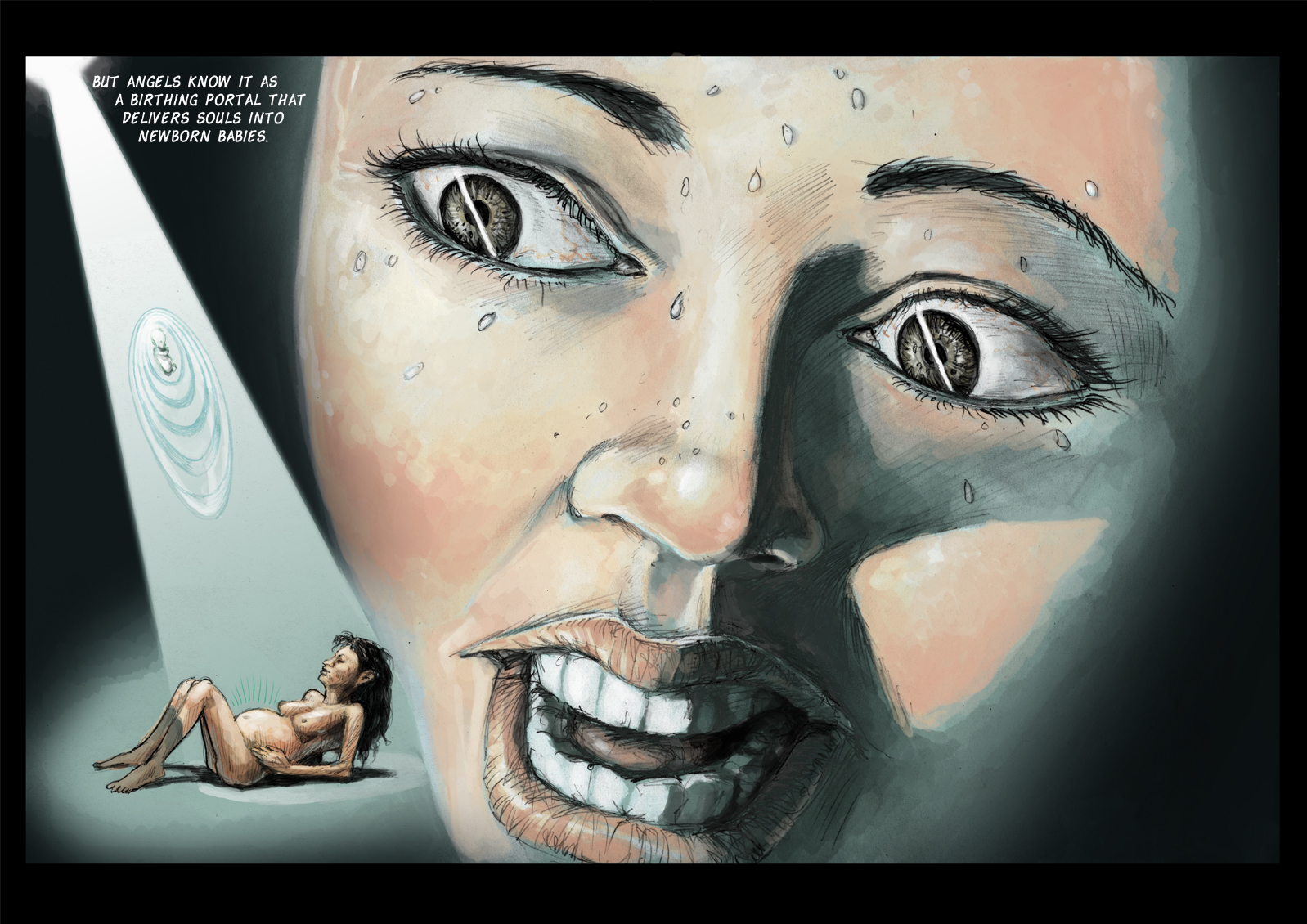 Here’s where I think we introduce a totally new and original idea that, up until now, has not been seen in afterlife discussions: the light tunnel is not only a portal into the after life but is the channel of new human life in our realm. Thus it is a two-way channel with one purpose: soul conductivity.

If, in many religious and mythical traditions, angels are sometimes present to usher in recently departed souls into the afterlife, it made reasonable and logical sense (for our story purposes) that they would also be present (to usher in souls) at the start of human life.

What is interesting to me in all of these traditions is Angel proximity: they dwell near/around/between the threshold of our realm and the other side. Like the ancient goddess Janus, they see simultaneously in two perspectives: they can see into our realm and the other dimension.  In that case they can be classified as multi-dimensional, or Quantum beings (I.E. having the ability to dwell in two or more places simultaneously).  Quantum mechanics is a story element that we introduce later on, and I know that the ancient sages did not have this in mind when scribing about angelic manifestations, but it is noteworthy to point out that angel beings posses quantum traits.