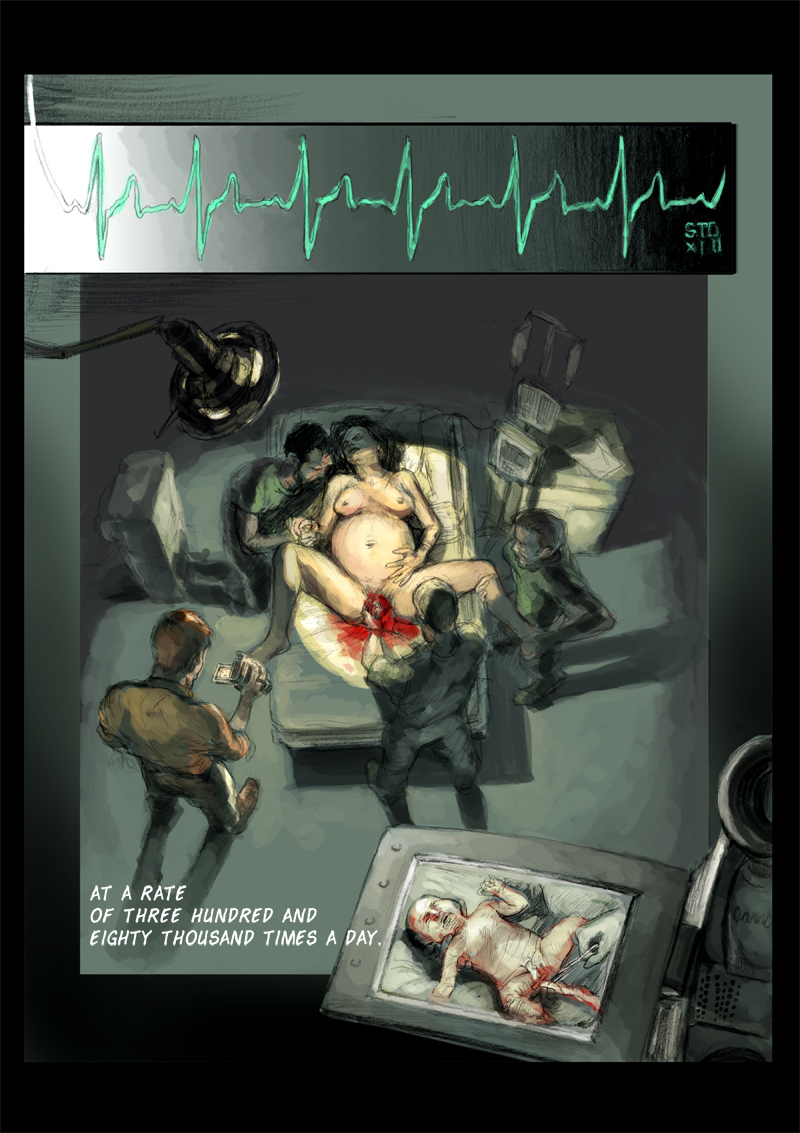 The layout of this image is symmetrical to the one found in on page 7. In the former, we have a soul who is about to check out of this life. On this page we have a soul who is about to check into his. Some NDE theorists who subscribe to a more scientific interpretation of death’s ‘tunnel of light’ experience postulate that it is the dying brain recalling its most primordial memory: the experience of vaginal birth, specifically, going through the birth canal (tunnel) and seeing the harsh bright lights of this world for the very first time. A parallel to the tunnel of light at death perhaps.

Either way, the severing of the umbilical cord as seen in the digital camera’s viewfinder finalizes the infant’s transition into this real world, never to return to its former abode. Keep this idea in the back of your mind: the severing of the cord.

Can any name the three ‘rates’ on this page?

Rate number 3 is interesting. Typically there are 30 frames captured per second of recorded video. Here, 30 pictures of the newborn’s life are captured for every second recorded. It is another example of a life becoming ‘digitized’—and if a clip like this is posted on the internet, this soul has a very good chance of becoming, in a way, immortal: Digital Eternal Life.

Finally, the birth scene above brings up a centuries long debate of ensoulment: Is there soul? What is soul? Where does soul come from? When does a baby begin to have a soul? Does ensoulment happen at conception or birth?