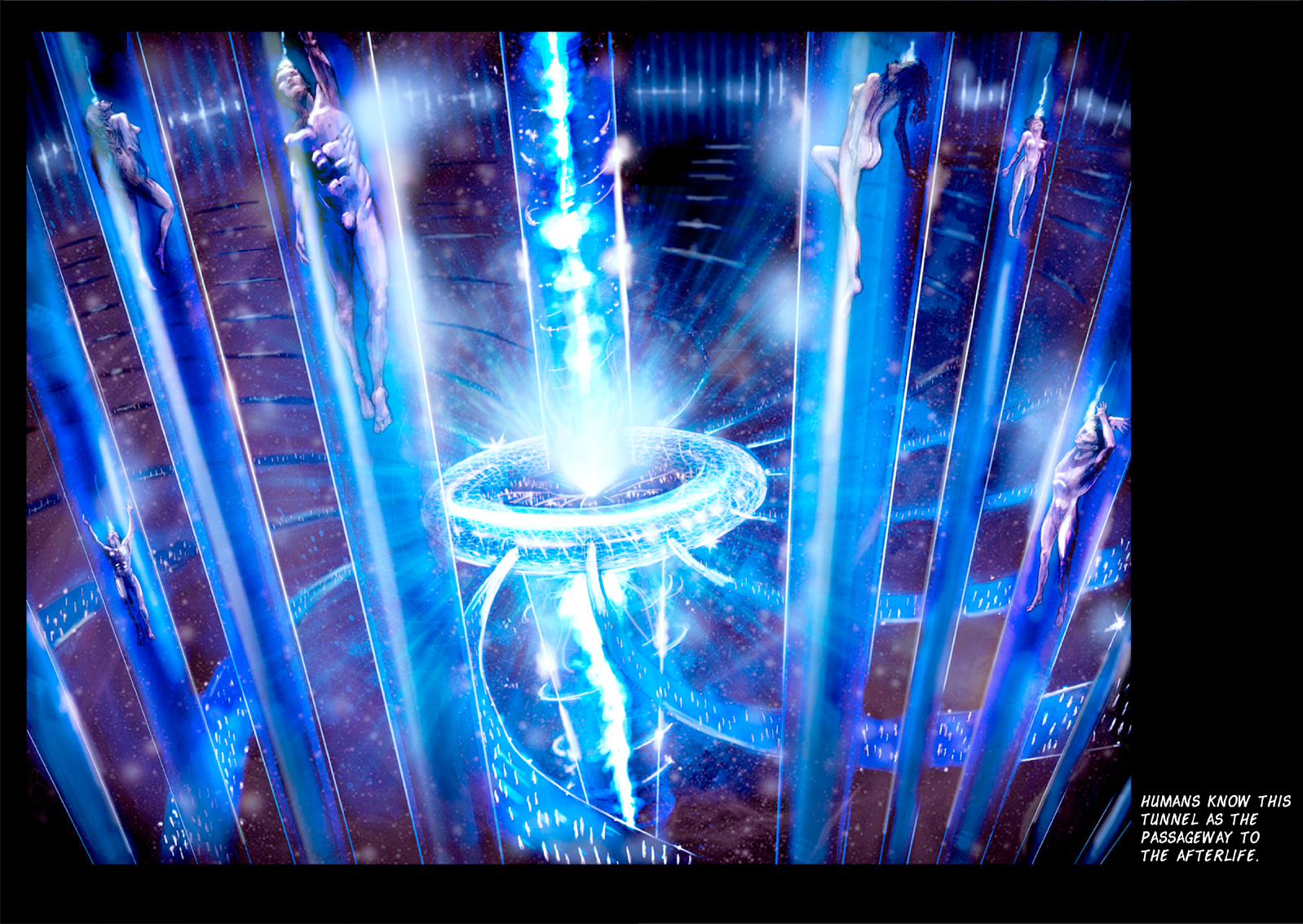 The passageways of the newly departed. Descriptions of the afterlife  have been recorded in ancient texts and for thousands of years. What is striking is the similarity of  the descriptions, specially the reoccurring themes of seeing visions of a brilliant light, or traveling through tunnels of light or ascending out of the cave of shadows and seeing the light of truth as described in Plato’s Republic. In fact, Plato records a famous depiction of the afterlife from a soldier called Er who, after awakening on his funeral pyre, described his out-of-body-experience (OBE) of what he and other newly departed saw. They beheld…

“…a straight light like a pillar, most nearly resembling the rainbow, but brighter and purer … and they saw there at the middle of the light the extremities of its fastenings stretched from heaven, for this light was the girdle of the heavens like the undergirders of triremes, holding together in like manner the entire revolving vault.” (Rep. X, 616 b,c)