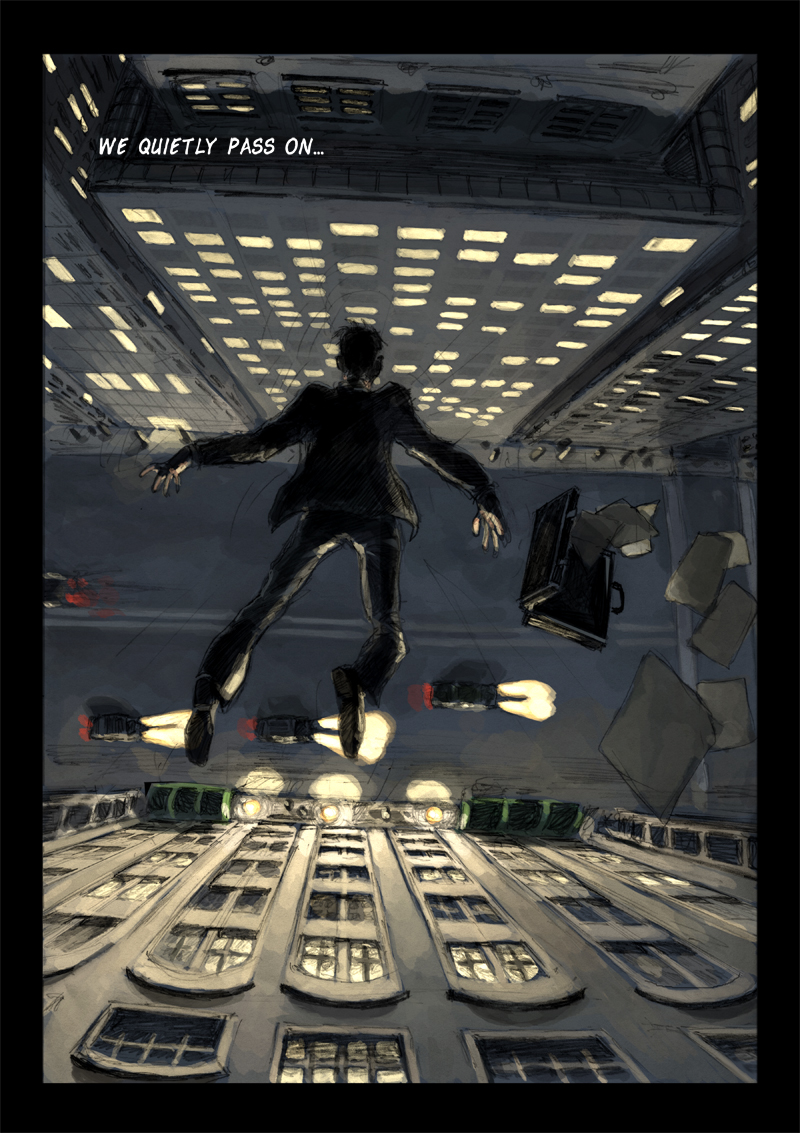 “We quietly pass on…” Ironic here, in that the visual is of someone (that top CEO from the prior page) throwing himself off a rooftop into a city street–not exactly a quiet passing. Apparently for him, somewhere along life’s journey, the meaning of his life lost it’s value. Lost it enough that ending it became more valuable than continuing it.  The urge to protect and preserve one’s physical being is one of the strongest instincts in existence and yet, the urge to end it all can be stronger for some.

Before his leap, he did have a long moment of contemplating his life’s journey from the cradle to the grave, even imagining his own digitized obituary. How did I get that conclusion from looking at the above image? Well, not from the figure above, but from the lone, solitary figure standing at the edge of the skyscraper on the former page. He let his life ‘pass before his eyes’ before he died.